Dating like a Turkish man is a solid route to success with women due to its unlikely connection with Fifty Shades of Grey.

Take out the S&M – the Turkish male is fairly conservative at heart – but slot in some of Christian Grey’s other qualities and, like him, you’ll have millions of women at your feet. But before you can wow them with your psychotic jealousy and controlling/protective streaks, you need to reel them in.

In some ways similar to the first rule for Americans this does involve asking a lot of women out – in the any and all style favoured Stateside.

Here though, there’s an extra layer. Never take no for an answer. If your intended is Turkish, she’ll take your persistence as the only way to be sure you’re really interested. If she’s foreign, her “no”  is a hundred steps closer to sex without marriage than one from a Turkish girl so you’ve nothing to lose but time and dignity.

Eventually you’ll wear her down and the bonus is that the longer it takes to get the “yes” the more exhausted and defenceless she’ll be when you make the next move.

Shower her with affection, both physical and verbal. The chances are she’s only ever been paid five compliments from men in her life, and three of those were her teachers/father so she’ll instantly feel more beautiful and cared for than she ever thought possible.

Call and text her all the time, just to “hear your voice” or tell her you miss her. If you’re really going the full hog (a non pork version of course) you can even tell her you miss her while she’s right there. It has some sort of future meaning, like “I miss you now because I’m thinking about when you’re not here later on”.

Be open with your feelings and your desire to fall in love, talk about the children you want to have. She’ll become so dazzled, so intoxicated by the attention and seriousness of your intentions that she’ll be primed for when your calls and texts become part of Rule Four. Added bonus, withdrawal of affection becomes your most effective weapon in Rule Five.

Immediately start comparing her and everything she does to Turkish women, in particular your mother. This should be as far ranging as possible, covering everything from what she wears, how she behaves, what she’s done with her life prior to meeting you and how she cooks and cleans.

Hold on a minute! Cooks and cleans?

Yes, you read right. Close adherence to the principles of Rule Two means that not only has she started doing all this for you, but in her bamboozled state, she’s telling herself she’s just making reasonable allowances for your culture.

Where you can indulge your inner Christian Grey. Women love this and, judging by the sales figures, 4.46 million of them at least are waiting for their very own Christian to appear and start demanding they answer the phone at all times, get home before eleven, give up all male friends, stop drinking alcohol (at least when not with him), look beautiful but not sexy when out in public, eat what and how much he says, and be available whenever he expects. The Turkish man makes all decisions unless it’s to do with raising children or keeping house – he’s already decided those are her decisions to make.

You were already starting every phone call with “Where are you? What are you doing?” to show caring and interest but now it has the extra significance of establishing that she’s not out somewhere sleeping with someone else or being seen talking to another man. In the eyes of your neighbours and family those two amount to the same thing so best to cull it now.

It may seem like there are a lot of rules to dating like a Turkish man but, firstly, there are far, far more rules for her to follow and, secondly, this one is the one that ensures compliance with them.

Your final rule is forget about any of those behaviours you’ve deemed socially undesirable in the past. Things you’ve been told since childhood about growing up and learning to deal with unwelcome emotions rather than indulging them – now is the time to unleash both your full inner Christian Grey and your inner spoilt brat.

When you don’t get your own way, if you are ever turned down for sex, if she breaks any of the rules or appears to question your masculine superiority in any way, freeze her out. The first few times she’ll need a while to notice the abrupt drop in relationship temperature and then to work out it’s something she’s done and then finally what it was.

In a few months, she’ll be skipping through the stages almost as fast as you can click your fingers and expect a pot of tea to be made. Such is the dependence she’ll have on you and the rich and varied diet of affection and emotions you provide, the withholding of them will have a profound effect. 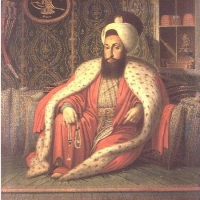 This entry was posted on August 4, 2013 by Nicola in How to date like... and tagged dating, Turkish men.